Although there are fewer and fewer pure off-road vehicles left for sale on the market, there are still some interesting options to consider that can meet these needs. Today we have decided to analyze which is more beast, the Jeep Gladiator or the Land Rover Defender 2020? And, for this, we will resort to an off-road confrontation where we will determine which is the best option in this section.

एक ओर, हमारे पास है Jeep Gladiator, the new pick-up from the North American company that will land in the European market in the coming months. For better offroad purpose, upgrading Jeep ग्लेडिएटर जेटी एलईडी हेडलाइट्स is a good choice. His adversary, meanwhile, is the new generation Land Rover Defender, a model that has been completely reinvented, offering more premium styling and more technology without giving up its incredible off-road capabilities. 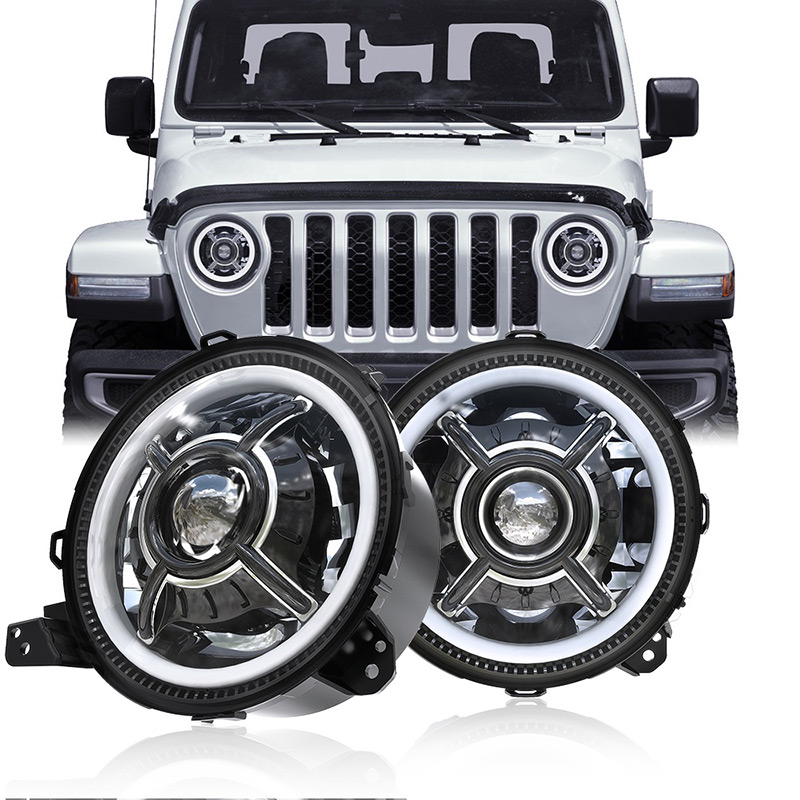 What are its off-road heights?

के मामले में Jeep truck, we have a vehicle with an angle of attack of 43.6 degrees, a ventral angle of 20.3 degrees, and a departure angle of 26 degrees. Meanwhile, the wading capacity is 76 centimeters, with a towing capacity of more than 2.7 tons and a payload of 725 kilograms in its rear box.

The Land Rover, by contrast, is available in two body options, 90 three-door and 110 five-door. In this way, we have an entry angle of 31 degrees, a ventral angle of 25 degrees and a departure angle of 25 degrees in the case of the Defender 90, figures that are drastically increased up to 38 degrees of attack angle, 28 degrees of ventral angle and 40 degrees of departure angle when it comes to the Defender 110. The wading capacity is 85 centimeters in the three-door Defender and 90 centimeters in the five-door, while its towing capacity is 3 , 5 tons.
Available engines

In the case of the Gladiator, it will only arrive in Europe with a 3.0-liter diesel engine that will deliver 260 hp of power managed by an eight-speed automatic gearbox. In other markets, a 3.6-liter V6 gasoline option with 285 hp is included, which is offered with both a six-speed manual transmission and an eight-speed automatic. It also includes a Rock-Trac all-wheel drive system.

By contrast, the Defender is available with more mechanical options including a 2.0-liter diesel engine with 200 and 240 PS of power, and a supercharged 2.0-liter petrol block with 300 PS. In addition, the range is completed by a powerful 3.0-liter inline six-cylinder petrol engine that delivers 400 hp of power. All the mechanics are associated with eight-speed automatic gearboxes and an all-wheel drive system.
निष्कर्ष